I Would Like to Return My Big-Girl Panties, please? 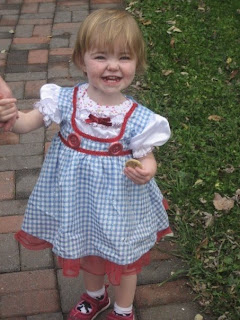 Man does being a grown-up suck. When you're little being older is so glamorous- "you can't drive until you're 17! You can't be a senator until you're 35! social security is for grown-ups!", and then you get to be in your thirties, and if you're lucky you've got a good job, some family and friends and a place to live.

But no one tells you this- your friends will get sick. You will know women who cannot conceive, and in some instances you will know of babies and children who die. You will have friends, close friends, who will go through divorce. Parents become older and fragile, and suddenly you are forced to acknowledge that they will not be here forever.

The unfairness of life will unveil itself in all of its depressing glory.

I have two close friends with significant health problems- one is living with MS, the other with 10% kidney function. A family member recently lost a perfectly healthy three day old baby for seemingly no reason. One of my husband's best friends, a groomsman at our wedding, has separated from his wife after she told him she felt she was a better person alone. My dad has had a series of small strokes over the last year that I am grateful have not been more serious, but still force me to think about matters that I am simply not ready for.

I don't always know what to do in these situations. I've offered help in ways big and small, promised my kidney should it be needed, cried for a mother and newborn child so cruelly taken from her. My husband helped his friend move out, I've visited and talked with parents a lot about courses of treatment and what the next phase of their life together will look like. But I still feel pretty helpless in each of these situations. So I try to make myself useful in other areas like donating to the local infant and maternity home in hopes that the karma will come back around to those closest to me.

Now might be a good time to mention that I live somewhere on the border of atheism and agnosticism. We don't need to get into the dirty details but I know that this is where most people would say that prayer would not only help my friends but would make me feel better too. I was raised Catholic, so I understand the viewpoint, but i think it would have been a whole lot easier if God had just not visited these problems upon my loved ones in the first place, no? And then no one would have to pray, beg, borrow or steal to be made whole again. I don't get why we would ask God to fix something he broke. It's like asking the mob boss who ordered you to be knee-capped for help paying your hospital bills.

The funny thing is though that my friend's MS has helped her find her voice, and her calling as a writer. My friend with kidney disease still lives extremely well with limited issues but an emphasis on taking care of herself instead of working 100 hours a week as an attorney. Our separated friend has a new girlfriend and seems to be coping well. My dad is great. Still a little weird, but great.

The mother who lost her child- well, I know she has taken time for herself to heal. I cannot imagine what just getting out of bed each day must be like for her. There's no bonus to her situation. But I know she has a heart the size of Montana, and a family who loves her, and I can only hope she is able to heal in a way that allows her to move forward with hope.

Yeah, being a grown-up can suck. But at least I can drink wine now to cope.
Posted by Braevemama at 10:42 AM